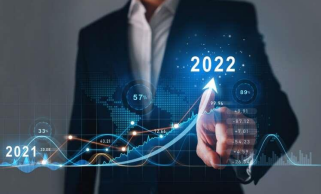 On 3 January 2009 there was just one cryptocurrency, Bitcoin. Today, there are over 17,000, and that  number increases rapidly every month. Against that backdrop, there are 193 countries recognised by the  United Nations of which 180 use fiat currencies as legal tender. In terms of central bank issued digital currencies (CBDCs) supporting those 193 countries there are three live retail CBDCs, namely the Bahamas,  Eastern Caribbean and Nigeria. One more is expected to go live soon in Jamaica, while mainland China is  expected to launch a digital yuan during the Winter Olympics. Overall, there are 87 countries in the  process of exploring CBDCs.

Bitcoin was, in many ways, created as the finished article. When it was taken apart, we discovered it  brought together the very essential aspects of commercial transactions: value, payment, ledger, and the  possibility of conditional transfer. This gives us the ability to move value on the same ledger upon which it  is recorded. This is quite clever, as it’s the first time a technology has had the capability to do this. At the  moment, the technology within organisations processes and moves information. It’s only when the  messages get to the banks, that value transfer occurs. But what if the live ledger running in the  organisation actually recorded and transmitted real units of economic value versus recording a number,  representing an asset or liability, or balance in a bank account? That’s very definitely not to say that organisations can be run on Bitcoin, but it’s the underlying principles within the technology underpinning  Bitcoin that are potentially so transformative in the way organisations work. However, why isn’t this  thinking taking off?

As the above chart illustrates the size of the crypto currency market has been growing, especially over the  last two years. With 17,000 cryptocurrencies implying 17,000 ventures of some kind exploring how this  new technology can be applied. That must be a good thing. But in many ways, we are still in the foothills of  innovation. Arguably Bitcoin is well understood, has arrived, and the case for holding it can or cannot be  made, depending on your appetite for risk. The extent to which Bitcoin has been adopted is a matter of  debate, but it represents the largest proportion of the market by capitalization. In fact Bitcoin, despite its  recent falls according to CoinGecko, still accounts for just under 40% of the entire cryptocurrency  capitalisation – ignoring Non-Fungible Tokens (NFTs).

For the other cryptocurrencies and their utility, be it the same or different to other coins, finding their  niche is the challenge. And there are multiple challenges. At one extreme, adoption of a cryptocurrency as  a means of payment for an organisation implies competing with existing, perfectly functional payment  systems which doubtless big, listed companies will struggle with. At the other extreme, integrating this  type of technology within and throughout the organisation to really leverage the value is never going to  happen. For the average CTO that would be a difficult strategic project to sponsor. However, the value  opportunity remains – radio is a pretty clever invention, but it took a 100 or so years to get to where we are  now.

At the simplest level, current software is designed to manage, move and process data – it doesn’t contain  intrinsic stores of value. But what if you could build an organisation where the software moved real units  of economic value, 24/7 – so combining ledger, payment, value and conditions in one. This would be a bit  like putting in a ring main system to support commerce, all integrated in one. Cryptocurrencies have this  capability, but they sit outside organisations. Central banks see the opportunity with their own digital

currencies, but their remit is limited to one dimension, namely the value piece. Someone needs to work  out how to take what the CBDCs will offer in the form of direct and standardised value transfer and  integrate it across and into organisations so that when software executes, it is transmitting real value,  triggered by the fulfilment of a set of conditions.

All businesses need an organised way to operate. When the means to generate electricity was first  invented, there were many different types of electrical generating suppliers. Eventually we settled on the  best design. This is very similar to mobile phones; we’ve abandoned Nokia and Blackberry and are  currently wedded to our Androids and Apple. It’s the same with digital currencies. At one end we have  CBDCs, where the principal constraint is the requirement to focus on one dimension of the commercial  transaction. At the other end of the spectrum, we have over 17,000 digital currencies which are centred around the idea of changing the world. The bit that is missing is building something that a CTO can look at  and say: ‘That really does transform the way in which my organisation operates’ and deploy it with  confidence.

Part two – Is the erosion in trust in our institutions a sign of terminal decline? Or can they adapt to a changing context?