DAOs: a new-fangled term to bamboozle novices into parting with their cash, but what role can they really serve? 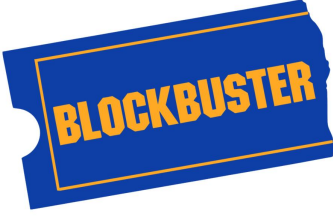 Decentralised Autonomous Organisations (DAOs) in the digital assets sector have been around since 2015  when by a team called Slock.it launch the first DAO. Slock.it’s intention was to raise capital for different  projects and start-ups. Using a smart contract, Slock.it programmed-in voting rights and ownership so that  the initial investors in Slock.it received a token that gave them a share in the dividends, and capital loss and  gains in direct proportion to the % of money that was raised. This was, in many ways, similar to an ordinary  share. However, the real difference was there was no central control, management, CEO nor CFO – actually  no board. Rather confusingly, the first digital asset DAO was called ‘The DAO’ but unfortunately it did not  get off to a great start. It was hacked and, having raised $150million, $50 million was stolen.

A DAO is established by codifying rules and decision-making processes and procedures of the venture, thus  removing the need for paperwork and boards and management teams to govern the day-to-day activities  of the entity. In effect, the organisation is created so that all the control is decentralised. Investors who  own the DAO are given tokens and they can make proposals to the DAO regarding what to do with the  money in the DAO, for example. It is then up to those members who own the DAO’s tokens to vote and  decide as to reject or accept the proposals. The whole process is designed using smart contracts, which  means all the profits and losses are equally share among the token holders with no central overhead/  management team taking a slice of the profits.

In many ways it could be argued that a DAO structure shares a lot in common with the way that  cooperatives were established (or indeed traditional with-profits funds) in that the rewards and gains from  investing in a selection of assets were predominately reserved for the co-op members or those who had  held their with-profits policy to the termination of their original policy date. As the Guardian newspaper explains: “Co-operatives are businesses owned and run by their members. Whether the members are  customers, employees or residents they are everyday people who have an equal say in what the business  does and a share in the profits”.

With-profits funds date back to the 18th century and were used typically by insurance companies to help  smooth out the volatility of investments, with regular savings plans being sold usually for ten years or  more. Each year, the insurance company increased the value of the savings plan by a small amount so that  at the end of the savings contract (10, 15, 25 years) a much larger bonus was credited to the saver, based  on how well those underlying investments selected by the insurance company had performed. This type of  savings plan lasted until 1980’s when the insurance industry began to be introduce unit-linked savings  plans which could be valued daily, and are similar to the mutual funds as we know them today.

So, in essence, one can see the similarities between DAOs, co-ops and with-profits funds. However, with  the use of Blockchain technology and careful scrutiny and third-party auditing of smart contracts (and in  order to try and avoid the hack suffered by Slock.it’s DAO), we are now seeing more capital being  committed to DAOs. For example, a DAO has recently been established to fund the acquisition of the  Blockbuster Video brand with the intention to create a video production business and capitalise on the  booming film and movie industry.

It is not only the film industry that is looking to use DAOs. The asset management firm, Index Coop (with  $400million undermanagement) relies on its 6,000 members to vote on the way that the money is  managed rather than employing expensive fund managers. Index Coop can be purchased via Coinbase and  it offers a choice of five funds:

There are also decentralised exchanges such as Sushi swap (which has been set up as DAO) and, with its  74,000 members, it is clear to see that the centralised nature of DAOs is gaining traction. We are also  seeing some venture capital funds being established as DAOs: “We’re trying to democratize crypto  investing and provide access to those that never had such access,” said Joyce Yang, founder of Global Coin  Research, a DAO that “aims to disrupt the VC model.”

Once again history is teaching us old tricks and demonstrating how very little is actually really new.

2022: the year of further decentralisation