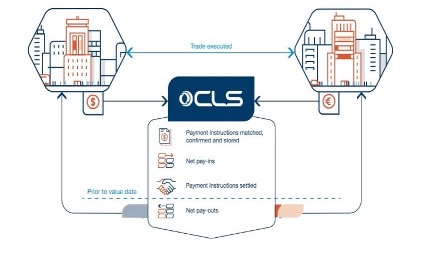 There is a bank called Continuous Linked Settlement (CLS) which is based in New York and operates in London on behalf of 28,000 institutions, owned by the banks. It settles up to $6trillion a day!! For those not familiar with how CLS operates, you can click here for a short video in which you will see that the settlement of FX transactions can take almost a day.

Now, two of its shareholders, Wells Fargo and HSBC, are settling some Foreign Exchange (FX) trades – but not using CLS. The new blockchain-powered platform created by HSBC called FX Everywhere is now to be used by Wells Fargo and HSBC to reconcile and pay out on FX trades in £,$,€ and Canadian $ between the two banks, using HSBC’s FX Everywhere platform. Not only is it going to be cheaper for Wells Fargo to use FX Everywhere compared to CLS, but it allows both banks to use transparency and payment versus payment (PvP) net settlement, thus reducing costs and settlement risks.

So, yet again this is another example of how Blockchain technology is able to reduce costs, reduce risks and improve the compliance monitoring within the financial services industry. This announcement is surely going to attract the attention of regulators and encourage other institutions to question how other day to day activities within the financial services sector could also save money and improve compliance standards using Blockchain technology.