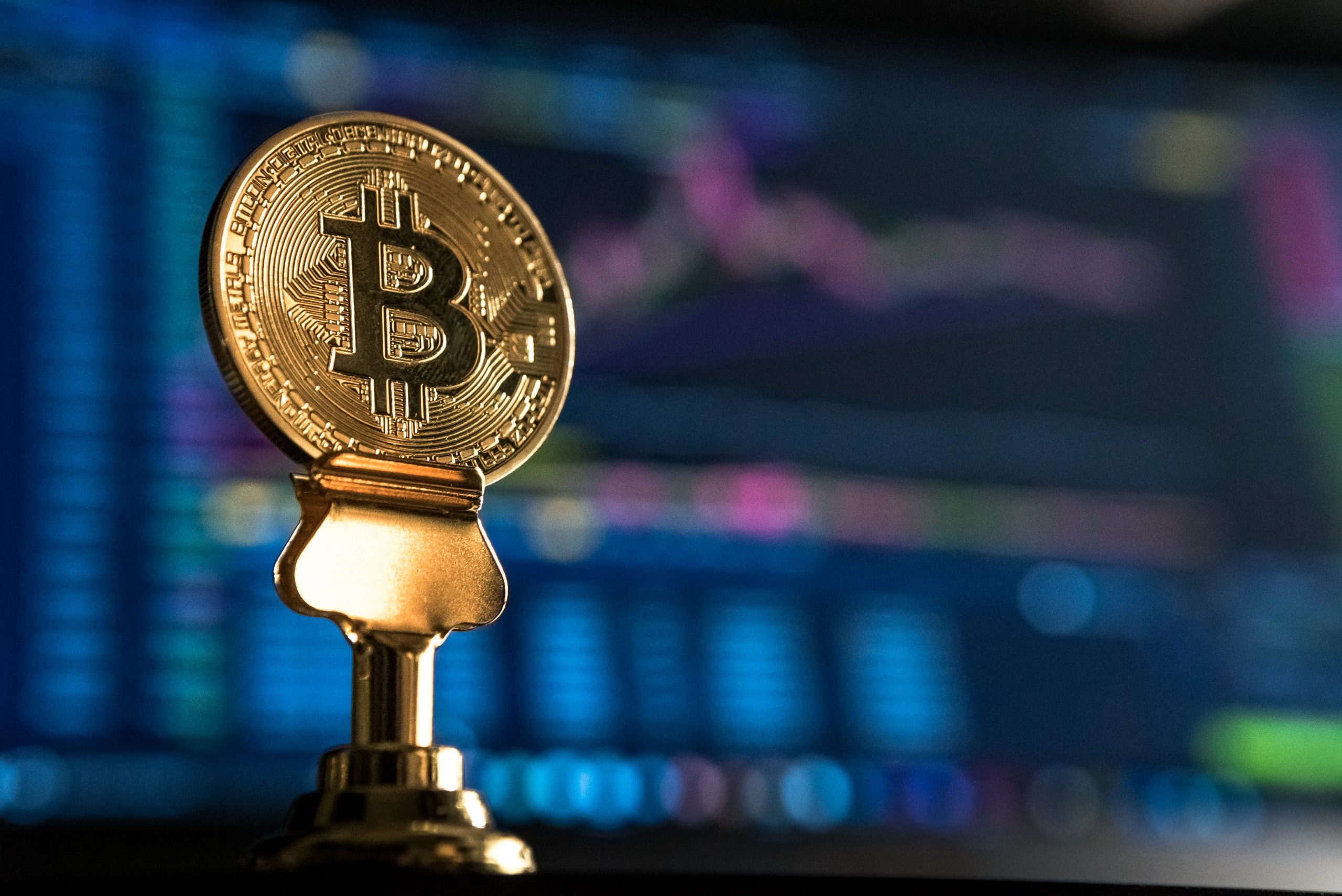 The global user base of cryptocurrencies increased by nearly 190 percent between 2018 and 2020. The future of digital currencies looks bright with cryptocurrencies and blockchain tech, as a whole, slowly taking over the ecosystem. But there seems to be a looming  problem. Even today, there doesn’t seem to be a legal basis for the existence of digital  currencies – the reason being, the various regulatory and policy gaps that fail to address the  risks involved in digital currencies and find ways to regulate or curb them to enable mass  adoption. The potential gaps and inconsistencies in digital currencies that we, as a  community, need to address and resolve. With technology evolving and becoming more  sophisticated, regulators and policymakers face four major challenges that result in  potential gaps and inconsistencies.

1. Innovation and existing laws and regulations

There is no doubt that digital currencies can help users perform transactions easily, quickly,  without an intermediary. However, it challenges the system that we’ve established over  millennia where all cash transactions are monitored by a governmental body. A middleman  who decides. Digital currencies don’t use one. Or at least, not one person. While it seems  like a promising solution, governments across the world don’t trust blockchain technology. Well, most don’t. El Salvador, on Sept 7th, made bitcoin legal tender. Governments are  starting to realize the possibilities. Countries around the world, including the UK and the US  are even forming governmental bodies to govern crypto usage.

The FATF, formed in the 1989 G7 Summit in Paris to combat the growing problem of money  laundering, is now working on regulating crypto transactions. All this points to a fact,  Blockchain tech and DeFi are going to gain mass adoption. Even governments are starting to  see that. But if innovators coming up with novel new blockchain tech models and concepts  want to tap into this acceptance that blockchain tech as a whole is receiving right now, they  have to be relatable. The innovators have to comply.

And this is where I spend most of my time – helping blockchain tech innovators and  founders be relatable and understandable to governmental bodies that are looking to avoid  mis-haps in this space. This is only possible by making the present laws understandable to  the innovators and making the innovations in this space visible to the regulators.

The overlapping jurisdictions of different regulatory agencies can create difficulties in  classifying and regulating stablecoins both at domestic and international levels. Conflicting  views may create regulatory and policy loopholes that could be exploited by individuals. Or  actual money launderers or terrorists- exactly what we’re trying to stop. The resulting

negative perspective from this usage, and this lack of regulatory certainty, could prevent  new participants from entering the digital currency space, deterring innovation. Governments around the world need to understand that blockchain laws are a requisite for  innovation & development. They need to establish laws. And coordinate. Fast.

The introduction of federal regulatory bodies, task forces like the FATF and classification of  stablecoins in one country not only complicates the legal framework within that jurisdiction,  but also creates an additional layer of confusion among countries. What countries are  compliant? Which ones aren’t? Which ones appear to be compliant? Are we okay with this  new tech? What the hell is a blockchain? Without coordination among countries, potential  gaps could allow for regulatory arbitrage.

4. Similarities between the Central Bank Digital Currencies (CBDC) and stablecoins If central banks and policy-makers choose a future where retail CBDCs and stablecoins co exist, it’s important to ensure similar regulations apply to both types of digital currencies,  and also ensure stronger regulations and protections.

Regulating the Gaps: Here’s How:

Given that we have diverse legal systems across different jurisdictions with varying laws and  regulations, the question automatically arises as to how do we create a new regulatory  regime and agency to govern digital currencies, or should we build upon existing laws and  regulations? We cannot have just one approach that fits in all aspects. There are two  significant ways wherein the regulators can address the gaps:

• Inter-agency and international coordination – Inter-agency coordination helps in  identifying potential regulatory and policy gaps and inconsistencies in taking a  coordinated approach towards digital currencies. Also, countries can look to major  international standard-setting bodies for guidance in drafting their own laws,  regulations, and guidelines for digital currencies. The coveted FATF, the Securities  and Exchange Commission (SEC) in the US, the Canadian Securities Administrators  (CSA) in Canada, the Financial Conduct Authority (FCA) in the UK, the Financial  Services Agency (FSA) in Japan, the Australian Securities and Investments  Commission (ASIC) in Australia, and so on.

• A risk-based approach to regulate digital currencies – One of the important types of  a risk-based approach is to have a sandbox or innovation lab, which allows  innovation to be tested in a limited and controlled environment. As observed in a  recent study by the World Bank, published in December last year, sandboxes  encourage open dialogue between innovators and regulators, offering regulators  opportunities to collect empirical data to support policy development, particularly in  areas where regulatory requirements are missing or unclear.

Preventing and Addressing the Gaps: a Five-step Framework:

The regulation of digital currencies needs a systematic approach to avoid confusion, ensure  compliance and promote adoption and innovation at the same time. As mentioned earlier, if  policy-makers design a system where stablecoins and retail CBDCs co-exist with other payment methods, they will need to identify areas where existing regulations are sufficient  and new regulations are needed for these digital currencies. The five-step framework below  helps in identifying, preventing, and addressing regulatory gaps and inconsistencies which regulators can consider adopting:

Analyse key risks associated with the society posed by various users who are using a digital  currency throughout its lifecycle by assessing the risks involved such as capitalisation risk, liquidity risk, cybersecurity risk, tax evasion risk, market risk, data privacy, and so on.

Identify all appropriate agencies and standard-setting bodies that could have an impact on  the development of retail CBDCs and stablecoins. Track the activities covered by the agency, the various risks that they aim at preventing, and the various laws, regulations, and  standards published by the agency that could have an impact on a particular digital currency or user.

After you’ve analysed and assessed the risks, you could now form a team of senior leaders  of agencies and standard-setting bodies of each of the risks identified that also  encompasses representatives from international standard-setting organizations.

The team should also aim to identify potential inconsistencies, overlaps, and gaps in the  existing laws and regulations, especially applicable to retail CBDCs and stablecoins. The  team can then make decisions on how to address the gaps and inconsistencies by  questioning if the gaps are covered by the existing laws, check for overlaps, regulatory gaps,  and also look into global standards or comparative laws if that can be of any help.

A well-coordinated approach between various agencies within a country and among different countries and organisations can certainly help bridge gaps in crypto compliance  and laws and address inconsistencies. It is also to be kept in mind that both the private and  public sectors are trying to explore digital currencies as much as they possibly can despite regulatory and policy gaps. Most of these gaps are a direct result of the mismatch between  the speed of innovation and the pace of regulatory and policy development. In order to  prepare for a future with digital currencies and decentralised autonomous systems, the  policymakers need to carefully consider structuring their laws and regulations and create  both domestic and cross-jurisdictional coordination structures, to create a policy framework  that aids innovation, curbs mishaps and promotes adoption.