Smart cities and the role blockchains can play 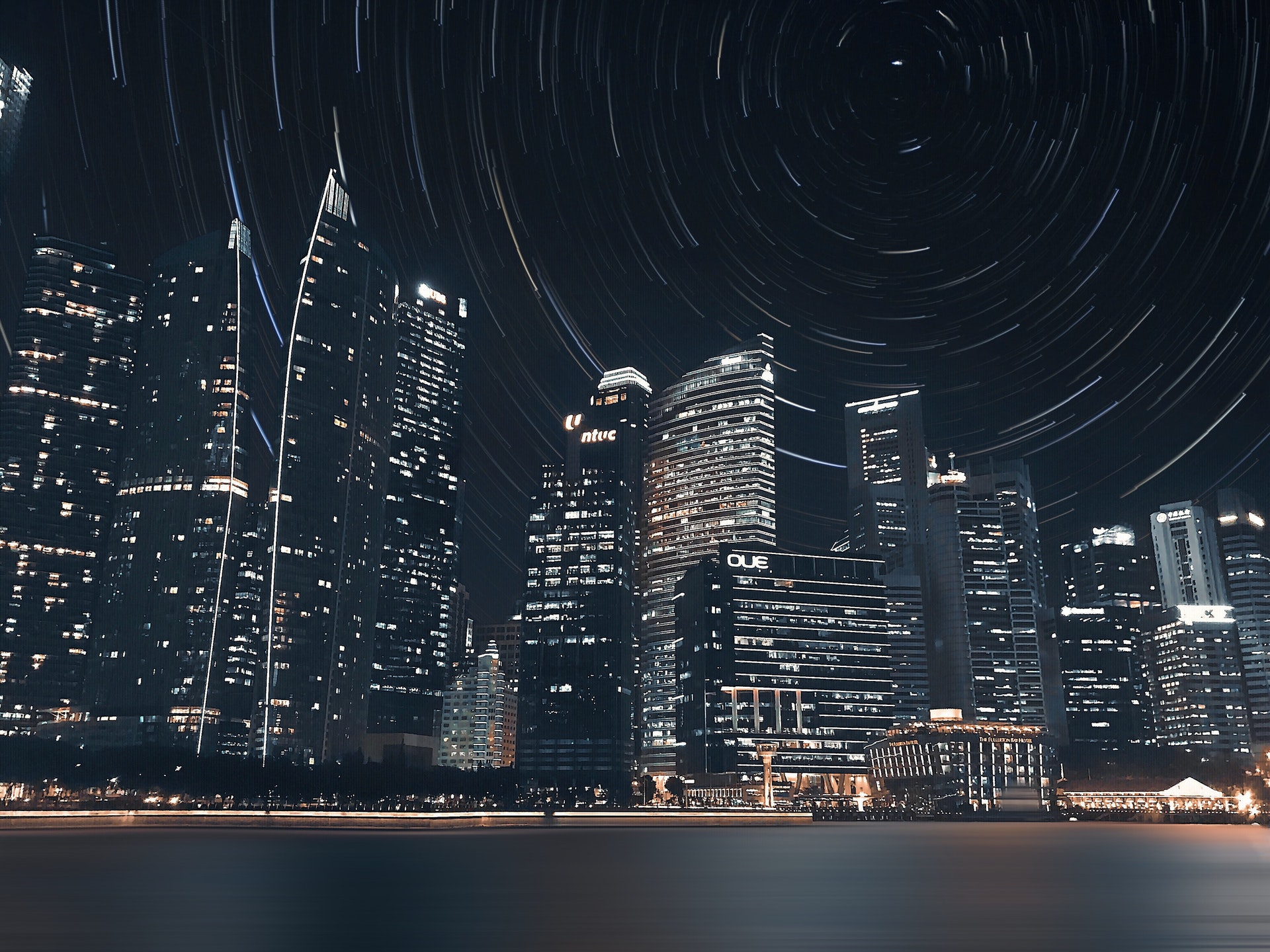 “Today, some 55% of the world’s population – 4.2 billion inhabitants – live in cities. This  trend is expected to continue. By 2050, with the urban population more than doubling its  current size, nearly 7 of 10 people in the world will live in cities”. This is a quote from the  World Bank in an article looking at the urban development and how it is possible to strive to make our cities more sustainable and inclusive. Urban planners and governments are  increasingly turning to technology to create ‘smart cities’. The concept ‘smart city’ is thought to have been first used by IBM when it spoke about “the capability of capturing and  integrating live real-world data through the use of sensors, meters, appliances, personal  devices, and other similar sensors”.

How the world has become urbanised 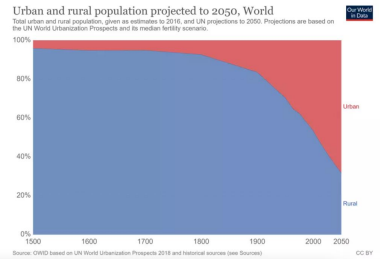 In more simplistic terms, a smart city looks to improve transportation, reduce congestion,  and create more inclusive social services all the while being sustainable, so making the city a  more desirable place to live and, in essence, solving the challenges of urbanisation such as  increased demand for energy, water, transportation, waste disposal by using technology. City planners are realising that to make cities fit for purpose and ‘smart’, data is the key.  Technology, such as Internet of Things (IOT) connected by using Blockchain-powered  platforms, offers some real advantages in terms of collecting, managing, holding, and  sharing data in a distributed but secure manner. This is opposed to centralised systems  (which often lack the ability to scale and are reliant on one organisation) having control of  all the data and, even worse, if hacked or subject to cyber-attacks the database is reliant on  only one point of failure.

For example, a Blockchain-powered platform can store the history of vehicle accidents, their  maintenance, miles driven, when and by whom. From this, premiums could be adjusted  (depending on particular vehicles and the drivers) since data on insurance claims and  maintenance parts can be processed automatically based on IoT devices inside a vehicle.  Furthermore, as regards transportation, research has been carried out looking at how to try  and minimise Particulate Matter (PM) from tires and brake dust with the use of Blockchain  technology being chosen because the researchers claimed this technology had the ability to:  • respect the privacy of individuals,

• offer fair access to the geographic area for all citizens.

All of these are important in developing human centric solutions to technical Smart City  problems.

In the US, there are plans to create a smart city called Painted Rock in the state of Nevada, covering 68,000 acres. Unveiled last year, the plans envision a city of more than 36,000  residents, 15,000 homes and 11 million sq ft of commercial space. Blockchain LLC (the  company behind these plans) estimates that eventually the city will generate $4.6bn in  output annually and will be run using Blockchain technology. In Dubai, there are even  greater ambitions with Digital Dubai stating: “Adopting Blockchain technology Dubai stands  to unlock 5.5 billion dirham in savings annually in document processing alone — equal to the  one Burj Khalifa’s worth of value every year. The Dubai Blockchain Strategy establishes a  roadmap for the introduction of Blockchain technology for Dubai and the creation of an  open platform to share the technology with cities across the globe. The Dubai Blockchain  strategy is built on three pillars of government efficiency, industry creation and international  leadership.” In order to fulfil its ambition to be a smart city using Blockchain technology, the  Dubai Future Foundation has created the Global Blockchain Council. The Council will have  46 members including government representatives, global firms, UAE banks and  international Blockchain technology firms.

Fraud, hacks and scams: the growing pains of a new asset class

How much money could governments have saved if they had had their own CBDC?