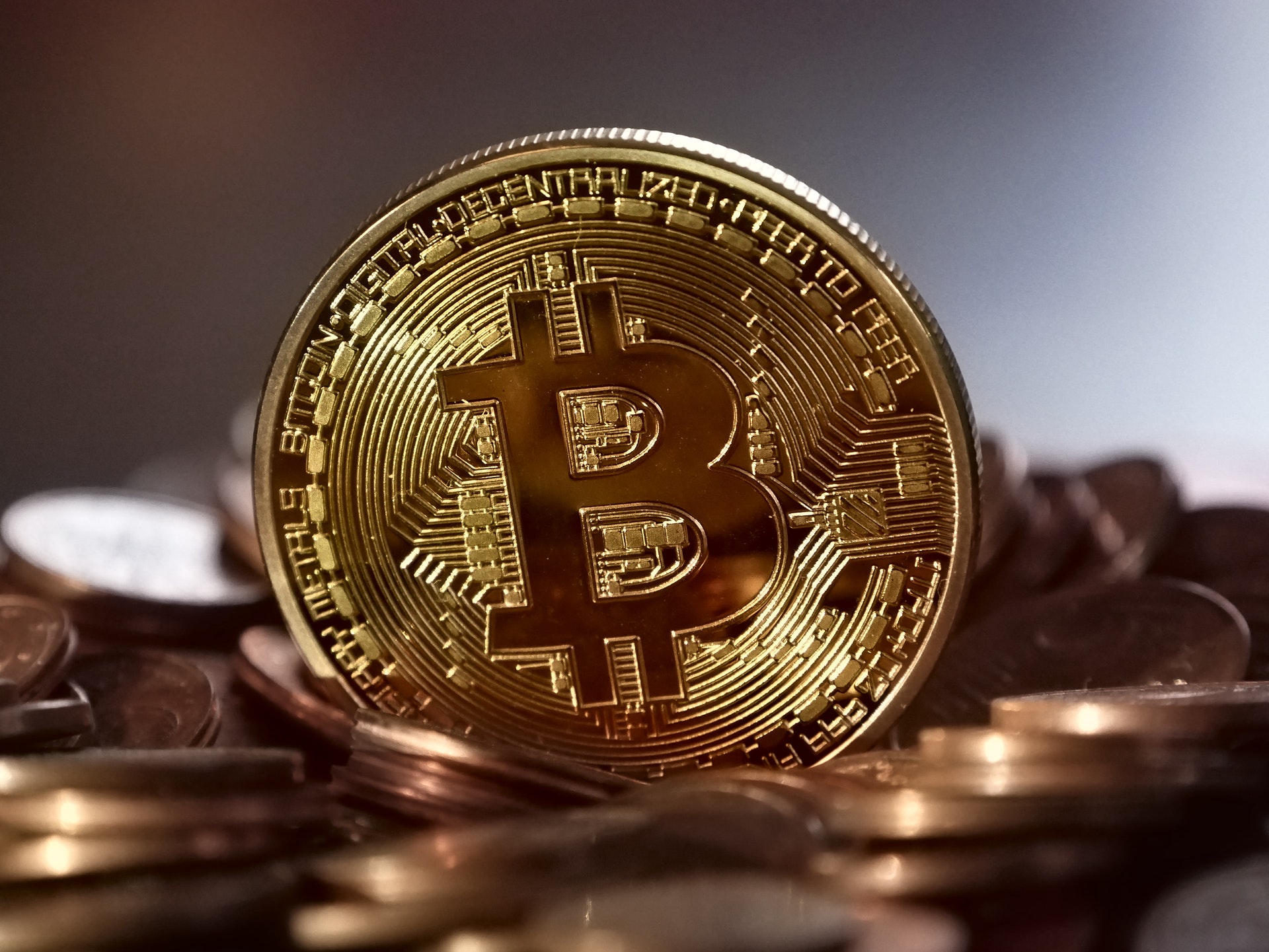 A real-world case for crypto payment rails now seems inevitable courtesy of the Basel III  rules which are impacting the inner workings of the gold market. As regulators put up  barriers, technology comes to the rescue. The invention of Bitcoin, and its payment rails, will  improve the functioning of the gold market, enabling it to thrive for another thousand  years.

I spoke to Ross Norman, CEO of Metals Daily who had this to say: “Under Basel III bullion  banks will be required to set aside additional capital against unallocated gold held on their  balance sheets. The so-called Net Stable Funding Ratio will require 85% funding with high  quality liquid assets to offset those positions. The effect will be to increase the cost of  clearing and settling gold trades and for those in the forward markets – essentially most  professional players including miners, refiners, bullion stockists and jewellers. And those  higher costs get passed down the chain to the end user. Meanwhile, the market becomes  thinner and less effective at doing what it does…reinforcing the problem as liquidity dries up  and the market shrinks. This is a case of a falling tide sinking all boats. From a gold price  perspective, it is expected to be neutral – neither bullish nor bearish, but it could render the  market less relevant in the long term”. The notion of creating unallocated gold is akin to the  money in your bank account. It does not physically sit there, and banks allow you to pay for  the shopping and settle up overnight when all trades are cleared in the interbank market (a  function performed by BACs and now called Voca I believe). Imagine if the bank had to  physically move hard cash against every one of your deals – think chaos and super high costs.  Essentially banks provide a facility to you to smooth those transactions … the same for gold.

Currently the professional market operates on a T+2 basis (2 day for clearing and settlement) using arguably old-fashioned tech. Equity trades used to be on T+5 and are now at T+2 also. The cost of providing this facility, for unallocated gold, will likely rise  significantly, while those borrowing gold (again miners, refiners and physical dealers) will  also pay far more. The second order effect is that metal pipelines or stocks will therefore be  run thinner (or less liquid) and by extension, with less immediate metal available; your  lifeboat may not be there when you most need it. It is the second and third order effects,  which are hard to quantify, that concern the most. What is clear though, is the market could  be less effective and less liquid… it is a retrograde move a little like forcing us all to only pay  cash for everything. Making unallocated gold expensive really only in the first instance  affects the interbank market as very, very few investors would buy gold in this form (as it  entails counterparty risk with the bank) but the effect is widespread. One possible work  around is to put gold trading on a blockchain that could offer immediate settlement or T+0  and obviates the need for the facility that bullion banks provide”.

NSFR regulations have been implemented by banks in the EU and the US and arrive in the  UK on 1st Jan 2022. These regulations apply to banks and unallocated gold. They do not  apply to non-banks or allocated gold. There are many critics of unallocated gold because  you face the bank’s credit risk. However, as Norman says, imagine if cash were allocated? It  would create mayhem for the payments system. Long-term investors opt for allocated gold  because it takes their gold off the bank’s balance sheet and may even reduce costs. But this  system, until now, has been impractical for creating a deep liquidity pool. Gold liquidity is  estimated to be around $150 bn per day, which is huge. The unallocated gold market drives  this as it has been the cheapest, most efficient and easiest way to do business. Yet it now  requires 85% funding with high quality liquid assets (HQLA) such as gilts, bonds and  treasuries. The joke is that gold investors are trying to hedge themselves against a collapse  in HQLA. Once upon a time, it was the other way around, and HQLA were backed by gold.  How things change. Liquidity has value. That is, the knowledge that as asset can be bought  or sold, in large size, at any time. If gold’s liquidity were to fall over time, that would  ultimately impact price. Just as investors often seek higher returns for investing in long-term  illiquid assets, they are happy to pay a short- term premium for liquid assets. The same is  true for Bitcoin. Its appreciation over time has coincided with growth in network activity and  liquidity. The bear markets have all seen this dry up.

For gold to thrive in the future, it is imperative to maintain its liquidity. With Basel III sticking  a stake in its heart, the gold market needs to become fully allocated. Blockchain solves this. Gold tokens are relatively young, but I first bought one back in 2013. Adam Cleary launched  Bullion Bitcoin but was ahead of his time. Gold tokens can move around at lightning speed,  and represent direct, physical ownership. They also represent allocated gold that is stored in  a vault and settle T+0. There can be no doubt, that this is a superior system in the making. There are a wide range of gold tokens such as Paxos Gold (PAXG), Digital Gold (DGLD),  Tether Gold (XAUT) and the Perth Mint Gold Token (PNGT). There are dozens more, but I  believe the aggregate assets are around $500m. This is a great start but needs to be much  bigger for the job in hand.

How big does a gold token need to be to take on the job of clearing and settling the gold  market? A source suggested ‘two yards’, which is financial speak for $2bn. That would be  enough to warm the appetite and, once established, would grow quickly. The unallocated

gold market would move from a system of old school record keeping to one embracing good  tokens. This allocated gold would sit off the banks’ balance sheets and require no regulatory capital. As there is still no gold token large enough to do the job, it has been  suggested that the gold ETFs could plug the gap. ByteTree tracks the assets under  management for the world’s largest ETFs. These currently sit at $123bn, meaning they are  certainly large enough to fulfil the role.

The three largest, SPDR Gold Trust (GLD), iShares Physical Gold (IGLN), and Invesco Physical  Gold (SGLD) have assets of $60bn, $13bn and $12bn respectively. The ETFs are regulated  and trade over the stock exchange, which means they are in a strong position for the gold  market to embrace them as they are deemed to be compliant. Fees aside, the problem is  they sit on old-school payment rails which settle T+2 and are clunky. A large and low-cost  gold token would not trade over the stock exchange and embrace crypto exchanges, which  would cause many market participants to raise an eyebrow. But it would have superior  payment rails and vastly improved record keeping, settlement and clearing.

What if a gold ETF could be tokenised? Imagine a hybrid product; an ETF that also embraced  blockchain technology side by side. You’d have a large and liquid gold pool that could also  be settled over the blockchain. Perhaps it could trade both over both the stock exchange  and the crypto world simultaneously. No doubt this would be legally challenging, but the  heavy lifting has been done. The gold ETF is approaching its 20th birthday, while crypto will  soon be 12. This would not be a revolution but an evolution.

There is a thought doing the rounds in the gold market which would take market share from  the unallocated gold market and bypass the Basel III rules. The bottom line is that Bitcoin  isn’t destroying gold, it is saving it. Over the past year or so, ‘Bitcoiners’ have seen half a  trillion dollars of value creation, yet gold has seen two trillion of value created. These assets  are highly complementary and were always meant to coexist.

I find it ironic that Basel III demands gold to be collateralised by government bonds. It  should be the other way around. This is a classic case of the regulators trying to block the  exits from our failing financial systems and into alternative hard assets. If gold can embrace  crypto, it will remain at the forefront of portfolios diversification for another thousand  years.

Join our community of Entrepreneurs

Instant entrepreneurism: Blessed are the geeks, for they shall inherit the earth